THE SNOWS OF WINDROVEN SPOTLIGHT 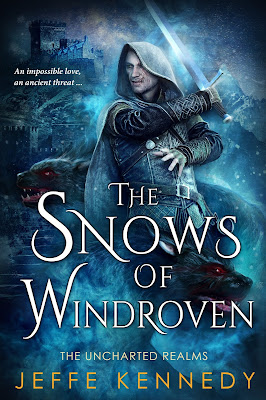 A new power is at work in the Twelve Kingdoms, unbalancing the fragile peace. For the High Queen and her sisters, it might mean a new alliance—or the end of the love of a lifetime…

As a howling blizzard batters the mountain keep of Windroven, Ami, Queen of Avonlidgh, and her unofficial consort Ash face their own storm. Their passion saved them from despair, but Ash knows a scarred, jumpy ex-convict isn’t the companion his queen needs. He’s been bracing himself for the end since their liaison began. When it finally comes, the shattering of his heart is almost a relief.

With a man haunted by nightmares and silent as stone, Ami knows only that Ash’s wounds are his own to hide or reveal. She can’t command trust. But just as they are moving apart, a vicious attack confines them together, snowbound and isolated with an ancient force awakening within Windroven itself. If they truly mean to break their bond, Ami and Ash must first burn through a midwinter that will test every instinct—and bring temptation all too near…

Publication Date:March 12, 2018
Previously published in the anthology
Amid the Winter Snow 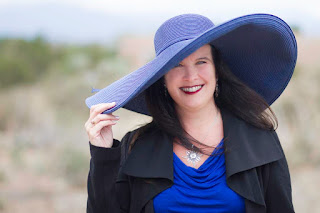 Her award-winning fantasy romance trilogy The Twelve Kingdoms hit the shelves starting in May 2014. Book 1, The Mark of the Tala, received a starred Library Journal review and was nominated for the RT Book of the Year while the sequel, The Tears of the Rose received a Top Pick Gold and was nominated for the RT Reviewers’ Choice Best Fantasy Romance of 2014. The third book, The Talon of the Hawk, won the RT Reviewers’ Choice Best Fantasy Romance of 2015. Two more books followed in this world, beginning the spin-off series The Uncharted Realms. Book one in that series, The Pages of the Mind, has also been nominated for the RT Reviewer’s Choice Best Fantasy Romance of 2016 and won RWA’s 2017 RITA® Award. The second book, The Edge of the Blade, released December 27, 2016, and is a PRISM finalist, along with The Pages of the Mind. The next in the series, The Shift of the Tide, will be out in August, 2017. A high fantasy trilogy taking place in The Twelve Kingdoms world is forthcoming from Rebel Base books in 2018.

In 2019, St. Martins Press will release the first book, The Orchid Throne, in a new fantasy romance series, The Forgotten Empires.