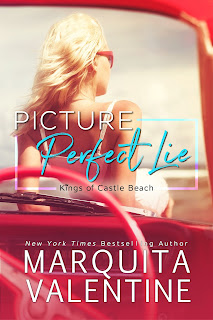 All Campbell Faircloth wanted was a safe place to call home.


All Knight King wanted was to leave his hometown behind.

I never expected to end up in Castle Beach, surrounded by a family who believes that I’m not only their brother’s wife, but the mother of his infant daughter.


I can’t tell them the truth—Knight and I met only three days earlier, during a layover in Atlanta.


He was headed out to fight in a war that hardly anyone talked about anymore, and I was headed back home to a family who pretended that I didn’t exist.


He helped me with my baby.


He kept us safe while we slept.


We shared lunch and dinner… and I spilled all my secrets to him.


Then he gave me an address, along with an offer I couldn’t refuse.


Six months later he’s back to bury his brother, and my lie is about to be exposed.


Only Knight doesn’t say a word.


He goes along with the charade, and each day we spend together, pretending to be husband and wife, it’s getting harder and harder not to believe in our lie. 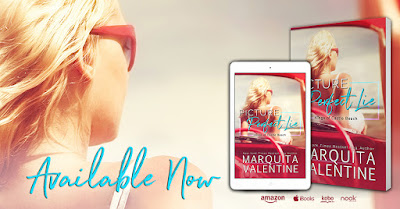 
ALTHOUGH I HAD SWORN to never be a woman who needs a man—well, to never be that woman again, I find myself being led by Knight and following him like he’s leading us to the Promised Land.

“Free food, free hot shower... and my company,” he says as we walk to the USO Lounge.

“What else can you ask for during an ice storm?” On second thought, maybe he is leading me to the land of soft beds and all the food I can eat.

“There’s something I didn’t tell you,” he says, stopping short of the entrance. Unease scuttles through me.

“What’s that?” I hold Hazel closer to me, breathing in her baby scent like it’s a talisman that can protect us.


Marquita Valentine is the New York Times and USA Today Bestselling Author of the Holland Springs and Boys of the South series.


Since first taking the plunge in July of 2012 to self publish, Marquita Valentine has appeared on the Top 100 Bestselling Ebooks Lists on iBooks, Amazon Kindle, and Barnes&Noble. She's been called "one of the best new voices in romance" (Guilty Pleasures Book Reviews) and her books have been accused of being "a sexy, fun, and slightly addicting contemporary read" (The Book Queen).


When she's not writing sexy heroes who adore their sassy heroines, she enjoys shopping, reading, and spending time with her family and friends. Married to her high school sweetheart, Marquita lives in a seriously small town in the south with her husband, two kids, and a dog.

Connect with the Author:

Fans of Marquita Valentine will quickly fall in love with Picture Perfect Lie. She once again has given her readers a family of characters they will want to more about as soon as they meet them.

Knight King is totally sigh worthy from the moment he appears on the page. Whether he is with his family, his friends, or coming to the rescue of a damsel in distress, his name is absolutely perfect for him. I loved how quickly he and Campbell connected. They started out as friends first, which I loved as Campbell hasn't had the best past where men were concerned. I also have to say with the exception of her brother, her family seemed pretty worthless on the whole. I can't say her dad was worthless, except by his lack of action. I was so glad when Campbell and Hazel were stranded in the airport they met Knight King, and in turn his family.

I fell in love with the members of the King family right along with Knight, Campbell, and Hazel. His momma Jane Ellen is the most wonderful mother and grandmother. We really only had glimpses of Knight's brothers, but I loved his twin sister Quinn every bit as much as I loved his momma. I loved that Campbell and Hazel found a really family with the King clan. Part of what I love about each and every story from Marquita Valentine is the wonderful families she writes about in each series. She writes people who seem real and makes me wish I could be friends with them.

I loved that Campbell and Knight became friends before they moved to a physical relationship. It helped that Knight was initially deployed when they first started talking, but I think Campbell needed that distance to help her be able to trust again. I loved Knight knew it was love pretty much from the beginning and that Campbell fell in love with Knight the more time they spent together. I loved the little family they became and adored that Knight looked at Hazel as his daughter from the moment he met her.

I absolutely loved Picture Perfect Lie. It is the perfect book for romance readers who love a sweet and sexy story filled with love and family. I can't wait to read the rest of the books in this series!