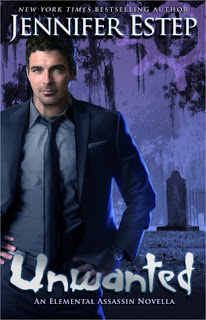 The New York Times bestselling Elemental Assassin series continues with a new e-novella--from the point of view of Finnegan Lane, the foster brother of Gin Blanco, and a fan favorite of readers of the series.

The fallout from his disastrous “family reunion” in Bitter Bite has left Finn feeling hurt, angry, and depressed. He can barely stand to look at himself in the mirror, much less eat any of the delicious barbecue from Gin’s famed Pork Pit restaurant.

But when the funeral for a slain security guard at his bank turns into a showdown with some nasty underworld giants, Finn knows that he must act in order to protect an innocent family.

Finnegan Lane might be the most unwanted man in Ashland these days, but he’s determined to try to make amends for his past mistakes...

Finnegan Lane is one of my most favorite characters ever in the Elemental Assassin series. I'm not going to lie, I was pretty mad at Finn when he blew off Gin's warnings about his mom, but could totally understand him wanting to connect with the mother he thought had died years ago.

I have to say while it broke my heart to see Finn hurting so badly for everyone who was effected by his mother's rampage through the bank, I part of me loved watching him see first-hand for a change all that Gin has dealt with for years. That being said, I wanted my funny, sweet and deadly Finnegan Lane back and I loved how he got his mojo back. It was also really great to get a book from Finn's point-of-view. I have to admit, I loved watching him fight to protect others just like he had done in the past with Gin and their friends, but I felt like Finn needed to do this himself to feel like he had finally done enough to make up for his mistakes.

Unwanted was the book all the Finnegan Lane fans had been waiting for. Yes it was rough at times to see Finn suffer, but I feel like my respect levels for him increased because he grew more because of the horrible experience with his mother and handling the repercussions of her actions. I can't wait to spend more time with all of the characters in the next full length Elemental Assassin book in August. 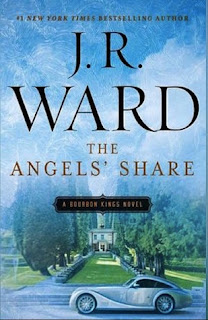 In Charlemont, Kentucky, the Bradford family is the crème de la crème of high society—just like their exclusive brand of bourbon. And their complicated lives and vast estate are run by a discrete staff who inevitably become embroiled in their affairs. This is especially true now, when the apparent suicide of the family patriarch is starting to look more and more like murder…

No one is above suspicion—especially the eldest Bradford son, Edward. The bad blood between him and his father is known far and wide, and he is aware that he could be named a suspect. As the investigation into the death intensifies, he keeps himself busy at the bottom of a bottle—as well as with his former horse trainer’s daughter. Meanwhile, the family’s financial future lies in the perfectly manicured hands of a business rival, a woman who wants Edward all to herself.

Everything has consequences; everybody has secrets. And few can be trusted. Then, at the very brink of the family’s demise, someone thought lost to them forever returns to the fold. Maxwell Bradford has come home. But is he a savior...or the worst of all the sinners?

When I read the first book in the Bourbon Kings series, I found it to be too much like going back in time to an 80's nighttime soap opera. Seriously I compared it to a mix-up of Dynasty, Dallas, and Falcon Crest with a little Knots Landing thrown in for good measure. While I loved each of those shows when they first aired, it was hard to read the first book because some of the characters were not likable. However, I adore JR Ward with everything in me, so I had to give The Angels’ Share a chance, and I'm glad I did.

I found the Bradford siblings to pretty much be spoiled rotten brats in the first book. However, as I read The Angels’ Share, I started to see growth with the characters. Lane, who has to step up way more than he ever expected when it came to the family business, actually has grown up so much since the first book. I also enjoyed seeing him with Lizzie, who was one of my favorite characters in the first book. I honestly thought we might see focus on one of the other Bradford siblings, but The Angels’ Share still focused mostly on Lane and Lizzie with glimpses of the other siblings. I did like seeing Lane finally start to grow up and take care of business, and really enjoyed seeing him reach out to his brother Edward. I really liked Edward in The Bourbon Kings, and was honestly hoping he would play a bigger role in The Angels’ Share. I found myself liking him more and more as I saw him interact with his family. I thought we might get more time with Gin, and though I have to say she is taking way longer to grow up than her siblings, I did like the changes she made for herself and her daughter. Maxwell Bradford returned towards the end of the book, and I feel like he might play an important role in the next book.

There are so many twist and turns in The Angels’ Share, some I saw coming others totally threw me for a loop. I really enjoyed The Angels’ Share and am looking forward to the next installment in the Bourbon King's series, which I'm pretty sure won't be out until next summer. 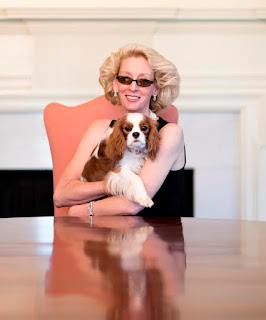 J.R. Ward is a #1 New York Times bestselling author with more than 15 million novels in print published in 25 different countries around the world.  The books in her popular Black Dagger Brotherhood series have held the #1 spot on the New York Times hardcover, mass market, eBook, and combined print/eBook fiction bestseller lists and have debuted in the top 5 on the USA Today bestseller list.  Prior to her writing career, Ward worked as a lawyer in Boston and spent many years as the Chief of Staff of one of Harvard’s world-renowned academic medical centers.  Ward currently lives with her family in Kentucky where she has learned to enjoy and appreciate all things Southern.

CLAIMED BY THE MATE: VOLUME 2 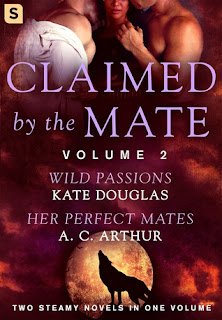 Kate Douglas and A.C. Arthur return with another scorching volume in their Claimed by the Mate series featuring two delicious, unforgettable novels in one!

In Wild Passions by Kate Douglas, six women—friends closer than sisters—head off to an exclusive mountain resort for a week-long bachelorette getaway, where most of the women just want to know if there are any good men left in the world.

There are, and they’re the men of Feral Passions, a unique resort located on a private wolf preserve, owned and run by a pack of sexy werewolves who use it as their own personal hunting ground for mates.

In Her Perfect Mates, Malec Zenta was part of a loving lycan family until his twin brother’s suicide took a piece of his soul. Channing Verdi never knew his parents, but that was fine because at the age of sixteen on the night of the full moon, he realized his purpose. The only pleasure these two betas have managed to find in their life was in the bed with the women they shared. Now, a human woman has entered their lives...a woman who sets their primal instincts on fire, a woman they can't help but stake their claim on...and give her the ultimate pleasure of being with two shifters at once.

Review Copy provided by the publisher

Wowza! This book, which contains two separate novellas, is crazy steamy! I like the hot and spicy stuff in my romance novels, but this was more than even I typically read! Once the bumping and grinding started, it was no holds barred.

I found it difficult to really connect with the first story, Wild Passions. There were so many story arcs and characters to follow. I couldn't get a good sense of who anyone really was. And like I said...so much sex. The sex took away from the actual story. I need a solid plot to really like a book.

I wasn't sure it was possible, but there's even less story in the second book, Her Perfect Mates, than the first! Tons of ménage lovin', which I typically think is delicious, but the characters hardly left the damn bedroom!

Honestly, I'm finding it hard to find things to say about these stories. I'm so bogged down by the bedroom antics that everything else just kinda fades into the background. There's no doubt that these are super hot shifter books! And if you like your romance with more sex than actual romance, this might be for you! The one thing that did work for me was that they were fast reads. If you're looking for something to get your heart racing but you don't have a lot of time to devote to a book, give this one a try!

Posted by mslizalou at Wednesday, July 27, 2016 No comments: