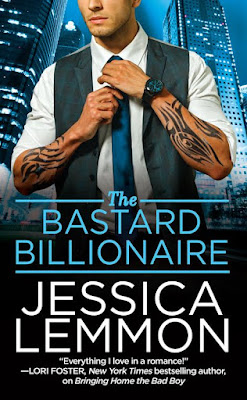 Beauty and the Beastly Billionaire . . .

Eli Crane is one tough bastard. After an explosion left him injured and honorably discharged from the Marines, all he wants is to be left alone. Yet his brothers insist he take a greater role in the family business. They've hired him ten personal assistants—and Eli sent each one packing as fast as possible. But when beautiful number eleven walks through the door, Eli will do anything to make her stay.

Isabella Sawyer's employment agency can't afford to lose Eli Crane's business. Her plan: to personally take on the role of his PA, and secure her reputation with the wealthy elite in Chicago. But this beauty and her hot billionaire bad boy soon find themselves mixing business with pleasure in the most delicious ways. And passionate, stubborn Isabella won't rest until she tames this wicked beast . . . 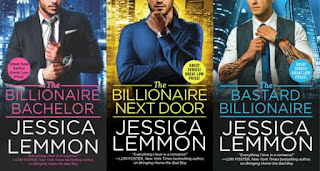 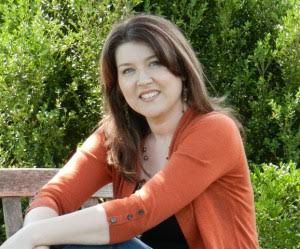 A former job-hopper, Jessica Lemmon resides in Ohio with her husband and rescue dog. She holds a degree in graphic design currently gathering dust in an impressive frame. When she's not writing super-sexy heroes, she can be found cooking, drawing, drinking coffee (okay, wine), and eating potato chips. She firmly believes God gifts us with talents for a purpose, and with His help, you can create the life you want. 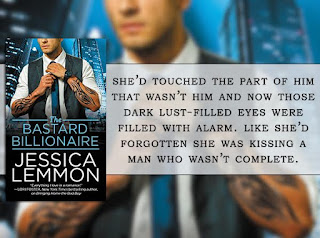 #5 ~ Seth, George Clooney's character from the movie From Dusk Til Dawn. He’s a bank robber who takes a family of three hostage before leading them, unbeknownst to him, to a den of vampires in Mexico. At the end, the body count is high, but Seth emerges as hero in a move that surprises him as much as the audience watching.

#4 ~ Jax Teller from the television series, Sons of Anarchy. The ultimate bad boy anti-hero, am I right? Yet something about his sinister actions is so tempting. Charlie Hunnam’s gorgeous face helps.

#3 ~ Tate Jackson from Kristen Ashley’s novel Sweet Dreams. I’ve never in my life read a romance hero who insulted the heroine quite the way Tate did Lauren. (She overheard him calling her fat! Gasp!) In a brilliant turn of events, Tate completely falls for Lauren during the course of the book, eating all of his early assumptions and falling helplessly in love with her. Watching him step seamlessly into the hero role was incredible.

#2 ~ Negan from the television series, The Walking Dead. I know, I know… he’s not a hero. He’s the worst of the worst, but the way Jeffrey Dean Morgan plays the baddest of them all makes a tiny, evil part of me root for him against my better judgment.

#1 ~ Beast, from Walt Disney’s animated cartoon, Beauty and the Beast. Not only is our hero litearlly a beast, but he also has a heart of solid gold. Like another hero I know, Eli Crane, Beast simply needs a strong heroine who will both stand up to him—and stand up for him.
Sigh...I absolutely adore this series! The Billionaire trope is a favourite of mine! Maybe it's the fantasy of being whisked off on a private jet to exotic locations. Maybe it's the jaded Billionaire himself that intrigues me. Whatever the reason, I can't get enough of it!

Eli Crane is jerk. He's surly and stubborn as a mule. But there's something about him that called to me. Under all those less than pleasant attributes, there was a man who was going through some tough times. He has more money than he could ever possibly spend, but he's lost something of himself...in more ways than one.

I have been waiting for Eli to have his "come to Jesus" moment. I knew it would take a special heroine to drag him out of his misery and loneliness. Isabella is all too willing to go toe to toe with the grumpy Billionaire. The reputation of her business is at stake.

Eli had some moments where I didn't really like him. He was, at times, dismissive and rude to Isabella. I was a wee bit put off by his unwillingness to call her by her name. He gave her a made up name that he felt better suited her. Gah! I was like...you're a douche! But isn't that a great sign of fantastic writing? The fact that I had such strong reactions to Eli means that, Ms. Lemmon did her job. I quickly got over my irritation, because I was already in love with the Eli. I knew his growly attitude was a front. It was a shield he was using to keep people away. Good thing Isabella stomped those shields to smithereens pretty damn quick!

Watching Eli learn to trust Isabella, trust when she says that being an amputee doesn't make him less of a man, was beautiful. One of my favourite scenes is when she touches the stump that was once his leg. She was tender and reassuring, but she didn't pity Eli. I appreciated that she didn't coddle him. He didn't want that.

There are so many wonderful elements to this book. Eli needed a heroine who wasn't afraid to put him in his place, and wasn't afraid to love him even when he was pushing her away. Isabella was all of that. They quite simply complimented each other. Eli and Isabella were on separate journeys. She was building a business away from her wealthy family and ex boyfriend. And he was figuring out who he was as a man after the traumas of war. All of this brought them full circle to each other.

Jessica Lemmon writes brilliant "black moments". You know, those moments where you think the hero and heroine couldn't possibly come back from? You're all like...she can't make this work! There's too much damage. Too many hurtful words exchanged! And then...BAM! She brings them full circle. How the hell does she do it?! I feel like I've been on a roller coaster. My emotions are all over the place, and I need a damn hug afterwards. Man, I love it!! I often have to sit with my thoughts after finishing one of Ms. Lemmon's books before I write the review. My mind is wrung out...in a good way!

To get the best enjoyment out this book, you should start with book #1, The Billionaire Bachelor. Plus, you absolutely do not want to miss Reese and Tag's books! So, to sum it all up...buy the book! Buy the series, and get swept away with the Crane brothers, and the women who love them!
Posted by mslizalou at Friday, March 03, 2017