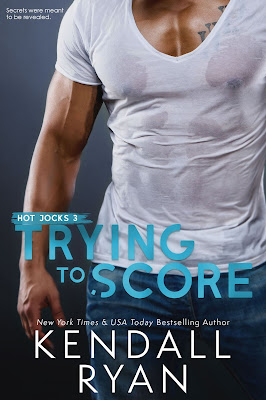 Teddy King excels at many things. Playing hockey. Check. Scoring on and off the ice. Check. Being stupidly attractive ... Double check.

Despite his demanding schedule, he still finds time to annoy me. I knew him way back when. Before he was the guy everyone wanted a piece of, he was just a rebellious college co-ed and one of my more energetic study partners.

But secrets have a way of getting out, and a steamy encounter from our college days (that we probably shouldn't have filmed) is about to cause a major scandal. Unless we can work together to stop it.

Teddy’s no stranger to hard work … but the thing he wants most?

Note: This high-heat standalone is chock-full of scorching banter and steamy good times. He's a testosterone-dripping hockey player who wants a second chance. She's a tough as nails attorney intent on making partner. Frienemies to lovers. No cliffhanger. Enjoy!

Your favorite hot jocks are back with an all new stand-alone novel. If you like sexy, confident men who know how to handle a stick (on and off the ice), and smart women who are strong enough to keep all those big egos in check, this series is perfect for you! 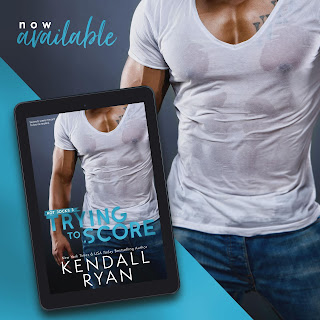 A New York Times, Wall Street Journal, and USA Today bestselling author of more than three dozen titles, Kendall Ryan has sold over 3 million books and her books have been translated into several languages in countries around the world.
Her books have also appeared on the New York Times and USA Today bestseller lists more than 70 times. Ryan has been featured in such publications as USA Today, Newsweek, and InTouch Magazine.

She lives in Texas with her husband and two sons.

Visit her at: www.kendallryanbooks.com for the latest book news, and fun extras.

Subscriber to the newsletter: http://www.kendallryanbooks.com/newsletter/