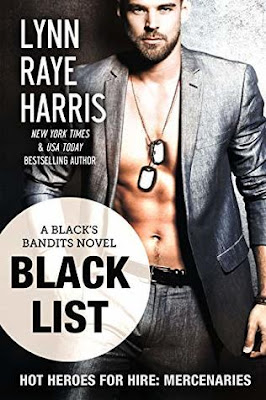 Jace Kaiser is a man without a country, without connection. His only loyalty is to the group who saved him, and the man who leads them.
Until her...

The assignment should have been easy. Capture a deadly assassin and take her to HQ. But flawed intel leads to disaster, and Jace abducts a beautiful art appraiser instead. Intrigued by her courage, he's drawn to her in ways he can't explain. Dr. Madeline Cole stood up to him, fought for her identity, and never backed down. She's the kind of woman he could fall for if it wasn't so dangerous--for her.

Then Maddy is targeted for elimination because she's the sole person who can identify the mysterious female assassin--and the only thing standing between her and certain death is the sexy mercenary who swears he'll die before he lets anything happen to her. As the passion between them ignites, it seems clear that keeping Maddy safe has become the most important assignment of Jace's life.

Even then, protecting her might not be enough--because Jace has secrets that could destroy them both. And someone is determined to unmask them all...

Lynn Raye Harris has once again delivered with another great book with Black List which is the first book in Black's Bandits series. Fans of her Hostile Operations Team series of books have been wanting a book about Ian Black, and with Black List we get plenty of time with Ian Black as well as a few of his operatives. First up is Jace Kaiser, who is a man without a country thanks to his parents. Jace mistakenly captures art historian Madeline Cole when trying to capture a known assassin going by the name Calypso. I loved Maddy has such a strong personality and gave as good as she got when she was with Jace and the other BDI operatives. She even stood up for herself with Ian Black, and I feel like that is something not everyone does.

Jace and Maddy had really strong chemistry from the moment they first met, even though it was under less than perfect circumstances. Even before everything was sorted out about identities, you could totally feel the attraction between Jace and Maddy. I loved for the first time in Jace's life he found someone he couldn't stay away from even when it went against all the rules. I loved that Jace would do anything to be with and protect Maddy.

I loved the suspense element of Calypso, though I figured it out before it was revealed. Calypso is the type of bad guy you love to hate, yet feel like cheering her on at the same time...once she has an agreement with you anyway. I loved the action and suspense elements of Black List and have to say that Lynn Raye Harris have another series to fall in love with. I've wanted to learn more about Ian Black since he first appeared on the page and figure with Black's Bandits we will finally get all the answers we have wanted. I feel like Black List can easily be read as a stand-alone story if you haven't read any of the Hostile Operations team series of books, but also think readers will understand the need for Ian Black's story if they have read both series.