I am so excited to
reveal the covers for my next series. Aren’t they gorgeous?


An edgy romantic
suspense set in in Baltimore, MD (one of my favorite cities) this series revolves
around a foster family – a thief, a killer, a liar, and a stranger – who are
dragged into the fight against a violent threat in their city. This battle will
test their family, their futures, and their hard-won personal honor. And in
midst of the chaos, they’ll meet the people who will become the reason they
fight – for their lives and for the love that makes it all worthwhile.


I can’t even tell you
how excited I am to bring this series to you but it gets even better! I’ve
partnered with TOGETHER WE RISE, a group dedicated to helping foster kids all
over the country. They provide duffle bags to kids in the system (no more
carrying around their belongings in garbage bags), bikes for kids who’ve aged
out of the system to help them get to jobs and school, and scholarships to help
them continue their education. I’m proud to pledge a portion of the net
royalties of each book in this series to this amazing group and their support
of kids in foster care. You can check them out
www.togetherwerise.org.

This series will hit
your e-readers in February, May, July, and October 2018 . . . you can add the first
book to your Goodreads TBR shelf.

A Thief. A Killer. A Liar. A Stranger.


Billionaire philanthropist and businessman, George Tarras,
was not a man who tolerated excuses of any kind. Not from himself. Not from his
employees and not his son. When sixteen-year-old Alek indulged in a little
youthful hacking of government websites and theft, George decided to let him
fully experience the consequences of his actions: two weeks in a juvenile
facility and one year of community service.


Always one to lead by example, George volunteered during
this time at the local community center and got to know the three youths who
befriended his son: a thief, a grifter, and a killer. In spite of their pasts
he saw something special in all of them: hope and a future full of promise.


By the end of that fateful year, George had put into motion
the opportunity to change their lives if they dared to take it. A gift—freely
given—but carrying responsibility and consequences.


But, what he really gave them was the one thing they all
needed the most…a family.


Brothers and a sister—they would do anything to protect each
other.


But, danger is coming. Secrets and lies will test their
bonds, challenge their courage, and test their definition of family and love.


To win, they will have to resurrect their pasts and revisit
demons buried long ago.


To survive, they will have to rely on bonds formed not by
blood but by loyalty.


To love, they will have to risk everything. 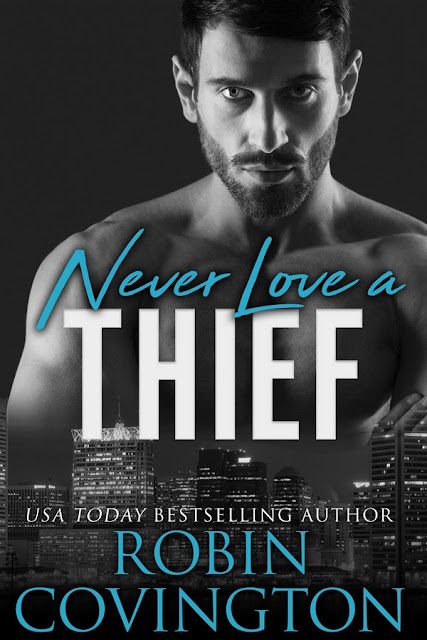 
Stealing is
easy. Love is dangerous.


Rescued from the streets at sixteen, former thief, Carmen
“Mina” Salazar, is a law-abiding citizen who no longer indulges in her favorite
pastime: freeing the wealthy from the burden of their belongings. Now Mina spends
her days and nights running St. Nick’s, her bar in the Fell’s Point section of
Baltimore. Abandoned by her father for reasons she doesn’t understand, trust
doesn’t come easily for Mina. But a sexy, dangerous cop in her bar with a reckless
proposition tempts her to take a chance.


The son of a former Baltimore police officer, FBI Special
Agent Declan McGregor has spent his entire life trying to outrun the scandal of
being the son of a drunk, dirty cop. But years of undercover work and living in
the bowels of the dirtiest of organized crime networks has left him with a dead
partner and relief he can only find at the bottom of a bottle.  The man in the mirror looks a lot like his
old man and a failed marriage and crumbling career testify to just how close to
the bottom he really is.


Declan wants retribution for the death of his partner and
Mina is the key. When her long-lost father turns up in the bed of the head of
the mob responsible for the murder, Declan offers Mina the one thing she can’t
pass up: the chance to find out why her father left her. All she has to do is
what she does best . . . break, enter and steal her way into the inner circle
of the syndicate. Danger fuels their intense attraction and soon the lines
between revenge and lust are blurred by emotion and tested by betrayal. When lives
are in the balance, there is only one question . . . is it ever safe to love a
thief?


Add it to your Goodreads TBR Shelf

A USAToday bestseller, Robin
Covington loves to explore the theme of fooling around and falling in love in
her books. Her stories burn up the sheets. . .one page at a time. When she’s
not writing, she’s collecting tasty man candy, indulging in a little comic book
geek love, hoarding red nail polish and stalking Chris Evans.

A 2016 RITA® Award finalist, Robin’s books
have won the National Reader’s Choice and Golden Leaf Awards and finaled in the
Romantic Times Reviewer’s Choice, and the Book Seller’s Best.


She lives in Maryland with her handsome
husband, her two brilliant children (they get it from her, of course!), and her
beloved furbabies, Dutch and Dixie Joan Wilder (Yes – THE Joan Wilder)


Drop her a line at robin@robincovingtonromance.com - she always
writes back.