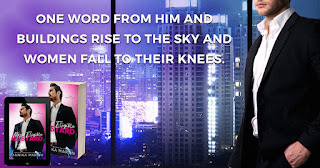 Most Eligible Bastard, an all-new standalone romance from New York Times bestselling author Annika Martin is coming November 7th!
He’s a powerful billionaire CEO who built the family business into an empire. The money doesn’t matter to him, but the company is his life. And then his eccentric mother wills it all to her tiny dog.
********
I’m Vicky, the dog whisperer. (Not really, but that’s what my elderly neighbor always says.) When she dies, she surprises everybody by leaving a corporation worth billions to her dog, Smuckers. With me as his spokesperson.
Suddenly I go from running my Etsy store to sitting in an elegant Wall Street boardroom with Smuckers in my lap. And my neighbor’s son, Henry Locke, aka New York’s most eligible bachelor, glaring across the table at me.
Rumor has it Henry’s a business genius who’s as talented in the bedroom as he is in the boardroom. Sure, he’s gorgeous. Sex-in-a-seven-thousand dollar suit. But…
He’s arrogant and infuriating.
He refuses to listen to me when I insist I didn’t con his mother.
He thinks he can bully me, buy me off, control me, even seduce me.
Henry may have the women of Manhattan eating out of the palm of his hand, but I'm so over entitled rich guys who think they own the world.
No way will his wicked smile be charming ME out of my panties.
His wicked...devastating...impossible-to-resist smile.
Oh well, who needs panties anyway?