I’ve decided to start posting spotlights of some of my favorite author’s and series each week on my blog. I love telling others about books I love and thought this would be a fun weekly feature for my blog. I have so many favorite authors, it was really hard to pick one for this week, but decided since I’m reading an ARC of Barefoot by the Sea (Book 4 in the Barefoot Bay series); I would spotlight Roxanne St. Claire’s Barefoot Bay series first.

I’m a huge fan of Rocki’s books and while I love her romantic suspense and hope she writes more romantic suspense books in the future, I love her Barefoot Bay books. I love the romance between each of the couples in the series, but it is the friendship of the 4 women that makes me love this series so much. Lacey, Zoe, Jocelyn, and Tessa make me think so much of my group of friends from college. We have been best friends since we met our freshman year and still get together almost every month for dinner or drinks. There are 7 of us, so it is sometimes hard for everyone to be there, but at least a few of us see each other each month. 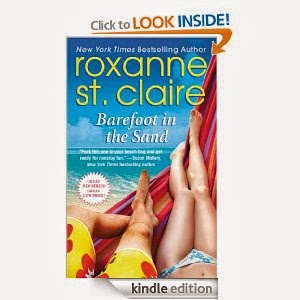 When a hurricane roars through Lacey Armstrong's home on the coast of Barefoot Bay, she decides all that remains in the rubble is opportunity. A new hotel is just what Mimosa Key needs, and Lacey and her teenage daughter are due for a fresh start. And nothing, especially not a hot, younger architect, is going to distract Lacey from finally making her dreams a reality.

A second chance is the only thing you have left.

Love has already cost Clay Walker everything. And if he's going to have any chance of picking up the pieces of his life, he needs the job as Lacey Armstrong's architect. What's not in the plans is falling for the headstrong beauty. Her vision of the future is more appealing than anything he could have ever drafted for himself. Will Clay's designs on Lacey's heart be more than she can handle, or will she trust him to build something that will last forever? 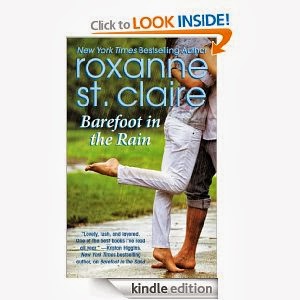 When "Life Coach to the Stars" Jocelyn Bloom is embroiled in scandal, the only place she can hide is the one place she wishes she could forget. She left Barefoot Bay-and the boy next door who knew all her secrets-years ago. Now nothing about the tiny island off the coast of Florida is quite how she remembers it, especially Will Palmer. He's even more gorgeous and tempting . . . and still capable of turning her world inside out.

But what if someone is waiting for you?

To Will Palmer, Guy Bloom is more than the elderly, senile neighbor he looks after-he's the last connection to Jocelyn, the woman Will loved and lost. But the reunion with Jocelyn doesn't go smoothly. Shocked by the change in her father's personality, Jocelyn struggles to reconcile her dark childhood with the sweet, confused man who has grown close to Will. Jocelyn has guided countless clients to happiness-but can she escape the rainy days of her past for a new sunny future with Will? 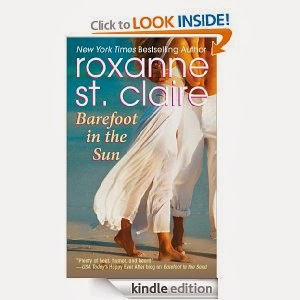 Caught between fight and flight, Zoe Tamarin has always picked flight. Since she was rescued from a nightmare childhood by her great-aunt Pasha, they've been on the move, never staying in one place long enough to risk exposing their precarious past. But now that they've reached the sun-baked shores of Barefoot Bay, Zoe may have to stay and fight-for her aunt's life . . . and for a love she ran from years before.

Sometimes the bravest act of all is to stand still.

Oliver Bradbury came to Florida to start over, as both a doctor and a father to his eight-year-old son. He never expected life to hand him a second chance with the woman he lost years ago-but one look at Zoe Tamarin and he knows he'll do whatever it takes to prove that this time, he can be the man she needs. But when demands of family and friendship threaten to shatter their rekindled passion, Oliver must heal Zoe's lifelong wounds with more than hot kisses . . . but will that be enough to keep her from flying off with his heart? 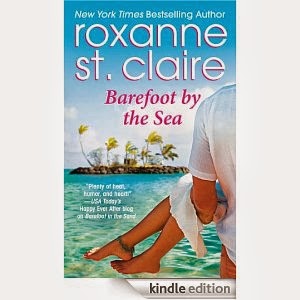 When you think you know your heart's desire . . .

Tessa Galloway is a gifted nurturer-her verdant garden at Barefoot Bay's new resort is living proof. If only the woman who can grow anything could grow what she wants most: a baby. Her friends think the right guy will come along, but Tessa doesn't want to wait. All she needs is the perfect donor to make her dream come true. Then John Brown is hired at the resort. If anyone could make beautiful babies, it's this gorgeous, mysterious man. So why does Tessa suddenly find herself wanting so much more?

Can you give up all your dreams for love?

It's been three long years since John Brown had to leave his old life. Forced into the witness protection program, he's desperate to be reunited with his toddler twins. When he gets that chance, there's a catch-he must prove he's got a steady job and a new wife. Landing a gig as a chef in Barefoot Bay is easy enough. And falling for lovely Tessa is even easier. The hard part? Can he win the heart of a woman who prizes honesty-when the truth may shatter it?

I was lucky enough to win the first two books in this series and devoured them along with the 3rd one. Just reading the description for Tessa's book has me dieing to read it!

I'm about half way through and am loving it so much!