I first met author Nancy Naigle in 2011 at Lori Foster/Duffy Brown’s Reader Author Get Together. Nancy had just originally released her first book in the Adams Grove Series, and I was hooked from the very first book. Sweet Tea and Secrets was re-released with additional scenes in September 2012 when Montlake Romance picked up the series.  Nancy and I have stayed in touch since our first meeting and have been lucky enough to get to see each other a couple times a year each year thanks to both Reader Author Get Together in Cincinnati each June and Killer Nashville in Nashville each August. I’m a big fan of Nancy’s books and can’t wait to see what happens next in Adams Grove.

***Updated to offer giveaway of one (1) book of choice in the Adams Grove series currently out to one lucky winner. I'll pick the winner from all comments from this post through 10/25/13.*** 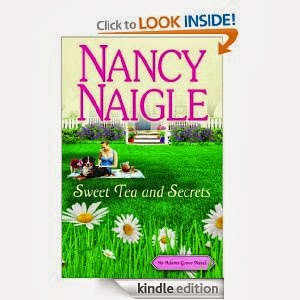 When beloved town matriarch Pearl Clemmons dies on a warm June afternoon, the folks of Adams Grove, Virginia, can hardly believe it. Sure, Pearl was eighty-five years old, but everyone—particularly her granddaughter Jill—just assumed she would live forever. Now Jill must return home to settle Pearl’s estate, comfort a town in mourning…and face Garrett Malloy, the man who broke her heart years ago.
Making matters worse, a string of break-ins at the Clemmons place has Jill and the rest of the town on edge. She can’t imagine what Pearl possibly could have had that is worth stealing. But when Jill’s safety is threatened, she and Garrett must join forces to unearth Pearl’s secrets before someone else—someone dangerous—gets there first. Garrett may have been the last man Jill wanted to see, but now, she may not want to let him go. 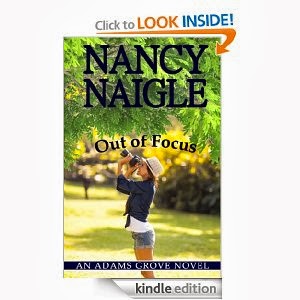 Kasey Phillips thinks her biggest problem is deciding whether to photograph Cody Tuggle’s honky-tonkin’ tour, until an accident on Route 58 claims the life of her husband.

In a desperate race against time as a hurricane threatens the eastern seaboard, they search for her three-year-old son who is missing from the wreckage.

A community and friends rally to help, but someone knows more than they are telling. 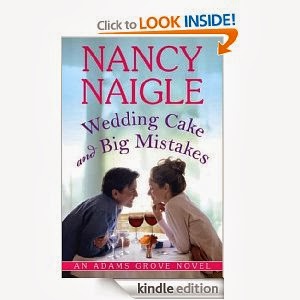 Welcome to Adams Grove…where the wedding cakes are sweet, but the recipe is murder.
For years, Carolanne Baxter dreamed of a life beyond Adams Grove. Being the daughter of the town drunk was no picnic, so when college offered her a chance for escape, she took it. Now Carolanne has returned home, finally ready to make amends with her father, Ben, and to celebrate the wedding of her best friends Jill and Garrett. Of course, the fact that Connor Buckham, her sexy new law partner and Garrett’s best man, happens to be the same guy the town matchmaker named as Carolanne’s perfect match…well! That’s just icing on the cake.
But Carolanne’s hopes for a fresh start are dashed when a dead body surfaces during Jill and Garrett’s wedding reception…and Ben Baxter becomes the prime suspect. The murder throws the town into uproar, threatening to destroy the tentative peace between father and daughter—and to derail the budding romance between Carolanne and Connor. Has the matchmaker’s perfect streak come to end? Or will the truth finally bring Carolanne the happy ending she’s dreamed of for so long? 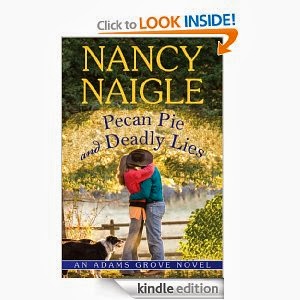 America’s beloved country superstar Cody Tuggle never expected to be one of America’s most wanted. At least that’s how he feels since he’s been accused of murdering his scheming agent. Desperate to prove he’s innocent, he turns to his only alibi, award-winning photographer Kasey Phillips, who recently toured with him and his band.
After an exciting life on the road, Kasey has settled down in small-town Adams Grove with her five-year-old son. Unexpectedly reunited with Cody, she finds herself open to love again. But just when she’s ready to fall, everything she ever believed about him is called in to question.
Cody has waited a long time for genuine love, and he can’t let this chance with Kasey slip away. But as the evidence stacks up, the accusations against him put a damper on the sparks flying between them. Can he convince Kasey he’s innocent, and will she clear his name in time? Or will their dreams of the future be the victim of a deadly lie? 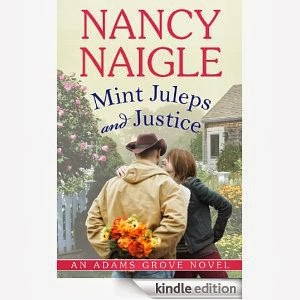 Welcome to Adams Grove…where wrongs are righted with just desserts.
Luck abandoned Brooke Justice during her nasty divorce. Desperate to escape her malicious ex-husband, she relocated to the small town of Adams Grove, Virginia. When someone breaks into her new house, she suspects her ex bears the blame for the crime. With no evidence and little help from the police, she asks a private investigator to take her case—a private investigator whose sexy broad shoulders and stunning blue eyes make her question her decision to swear off relationships forever.
Mike Hartman fled Adams Grove when a devastating loss left his heart in pieces. After years overseas in the military, he’s finally returned home, determined to start anew as a private investigator. Then Brooke walks into his office, awakening something he hasn’t felt in years. Can they both move on…into each other’s arms? Or will the pain of the past—and the dangerous threat lurking in the present—destroy their new beginning?

Now is the perfect time to give the Adams Grove series a try and bonus, Sweet Tea and Secrets is on sale at Amazon in kindle format for $2.00 until the end of October!

Posted by mslizalou at Wednesday, October 23, 2013