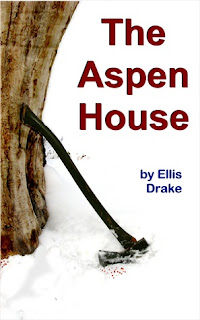 Immediately after graduating from college, Miranda Morton suffered a severe illness. Now she has 100 dollars in her bank account and is on the verge of homelessness. That’s why she accepts a job she’s totally not qualified for: personal chef to rock god Michael de Bracy at a remote mountain retreat. Although Miranda expects to face challenges in cooking for de Bracy and his five friends, her real problems turn out to be much more serious: three people are viciously murdered with an ax during a freak snowstorm, and no one sees or hears a thing.

Now Miranda finds herself stranded in the mountains with a killer. Even worse, she thinks the killer might be the man she’s fallen head over heels for, Michael de Bracy. Can Miranda protect herself and her heart until the police arrive?

Excerpt from The Aspen House

A job interview with rock stars…

"Excuse me, but you wouldn’t happen to know where I could find Candy Bowersocks, would you?” Miranda unfolded the piece of paper Therese had given her. “I’m here about the personal chef position.”
When Miranda looked up, the librarian’s stare was frosty. “There are no personal chef openings. You’ll have to try somewhere else.”
Just then there was a shout from above. Miranda started and glanced into the suite in time to see someone take a flying leap from the loft railing into the sitting room below, as if they were jumping off a diving board. A crowd of people dressed uniformly in black t-shirts and jeans watched and cheered, even as Miranda put her hand to her mouth and shouted in alarm.
Then she saw the bright pink bungee cord attached to the harness around the man’s torso. He bounced just short of the couch with an exuberant, “Woohoo!” A second later, an ominous cracking sound echoed through the suite. When he bounced at the end of the cord a second time, the railing gave way and the man landed in a heap on the couch, which shuddered and cracked beneath him, splinters and heavy wood from the broken railing cascading onto his back.
There were a few gasps and shouts of, “Are you all right, man?” from above. Miranda herself started forward instinctively to check on him, but halted in her tracks when she saw a man in a thin blue t-shirt step out of one of the lower-floor rooms. His eyes were shadowed—not because of his preternaturally long eyelashes but from lack of sleep—and his skinny arms were covered in tattoos.
It was Michael de Bracy.
“You know, Val, if you wanted to kill yourself, it would be less expensive and messy if you did it outside,” he drawled. 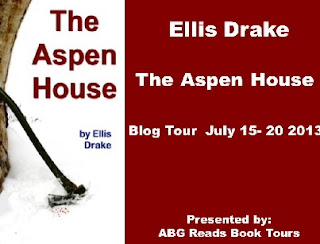 Author Bio:
Ellis Drake worked in museums as a curator and researcher for several years before she realized that she wanted to write mysteries.