THE SOUND OF SILENCE (THE PENUMBRA PAPERS #4) 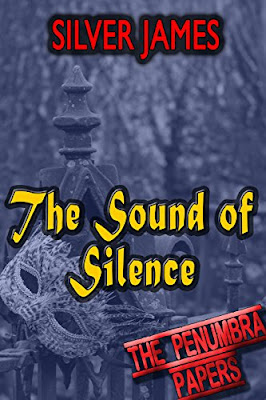 Seeker of Justice. Guardian. Gargoyle.
Roman Montagne was created to keep humanity safe from the evil in the world. Appointed by the Concilium Magicae to be the Legate of New Orleans, Roman balances on the narrow line between his duties as First Sentinel of the Gargoyles and his responsibility as Legate. The first rule of Gargoyle Club is “Don’t fall for a human…especially a witch.”
Orphan. Fortune Teller. Witchling.
Verity La Croix doesn't quite know what she is. Despite being raised by a powerful witch in the bayous, she's stuck telling fortunes in Jackson Square. Stalked by a sorcerer dealing in the black arts and seduced by a gargoyle, Verity might be the missing piece of a prophecy’s puzzle. Cursed at birth, is she innocent or doomed?
Judge. Jury. Executioner.
If the woman he loves proves to be the prophesied Crucible of Eve, Roman’s duty is clear. He must uphold his honor and slay the enemy of his kindred. But is she innocent? And if she is, will he turn renegade to save the woman who holds his heart?
****
Come back to New Orleans, the favorite Halloween haunt of mundanes and magicks alike. In this latest tale in the award-winning series The Penumbra Papers set in the world of FBI Agent Sade Marquis, an ancient prophecy comes to life—one that threatens to destroy the precarious truce among the magical races. 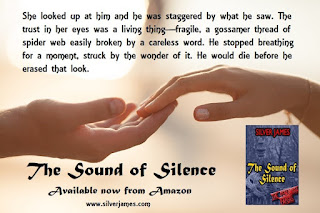 
Roman kissed her closed eyelids, then found her ear. His erotic whisper put a sweet smile on her face. She reached for him, her movements languid. He was hyper-aware of her, as if she’d been imprinted on his body. She sighed, her breath teasing the skin on his neck as he held her.
“Clothes,” she murmured, as desire bloomed despite her sleep-blurred mind.
He smiled and pushed off the bed. Roman kicked off his boots and stripped, his clothes dropping on the floor without a thought. When he rejoined Verity on the bed, he was determined to go slow. To ease her into this…thing…these feelings he had no name for because he had no experience with them. All he was certain of was that he wanted to savor this time with Verity. To go slow. He buried his nose against her throat. She smelled of… His brain fought to decipher emotions and his overloaded senses. Mate. His. Yes. Compelled to claim her, he tasted her, shaped her body with his hands, learning her. Committing everything about her to his memory.
“Forever,” he whispered as she moved beneath him.
The staggering fatigue drained away, replaced by quixotic awe as she rose to meet him, to accept him. He would give her everything he had to give, knowing what he bequeathed to her would be returned tenfold. She was his solace, his peace. She offered comfort with her touch, her kisses, the simple fact of her being.
Verity stroked him, fully awake now. His skin was chilled and when she looked deep into his eyes, she saw a coldness buried so deep she feared touching it. But she would. She was patient. Her hands on his skin were already warming it. She smiled and her eyes misted. She might not be able to say the words but she could tell him this way that he was loved, that he was desired.
Words came then, though she didn’t understand them. She thought they might be French but they weren’t. They came from a place far older, more remote. Roman murmured them against her skin, in her ear, in between the kisses he bestowed upon her. Something in her stilled, listened, understood, and the horrible ache, the excruciating loneliness eased. His words were a caress, and a promise.
Roman was a warrior, a guardian, a man taught not to seek comfort. Verity knew this instinctively, just as she knew she was the one chosen to care for him, to tend the gentle heart he hid beneath his stone facade. He filled her slowly and she rode the sensation—a long sweet wave. She threaded her fingers through his thick, silky hair and pulled him down to her. “Yes,” she murmured in his ear.
He spoke more words, from his heart, his soul. She gave them back to him, words from her own heart. He just wanted to touch her, to hold her close, cherish her. She was a miracle. His miracle.
They made love. Long. Slow. Sweet. They touched. They kissed. They each gave in turn. Together they rode the rising waves of passion, cresting on one and crashing down on another until it felt like a hurricane was breaking around them. The waves eventually gentled as their desire was spent.
Roman cradled Verity to his heart. She wrapped around him, holding on to him. “Sleep, little witchling,” he whispered into her hair.
She looked up at him and he was staggered by what he saw. The trust in her eyes was a living thing—fragile, a gossamer thread of spider’s web easily broken by a careless word. He stopped breathing for a moment, struck by the wonder of it. He would die before he erased that look.


He felt her slip away as dreams took her. Roman was exhausted and should follow her into sleep but he couldn’t. He lay awake for a long time, to ensure no nightmares chased her but that was only half truth. He wanted to cherish this time with her. She was his touchstone, had become his truth. She was his constant. And that terrified him down to the very center of his heart of stone.