This dark contemporary romance follows PRELOAD, quickly ascending the charts as the most explosive rock band of their generation. But fame has done little to overcome the traumas of their past. Traumas that have the power to decimate the band, and themselves, unless love can heal them first.

We are excited to announce that JORDAN RECLAIMED is currently on sale for only $1.99! Don’t miss out on this dark contemporary read and snag up your copy today! Be sure to enter the giveaway to win a $25 Amazon gift card! 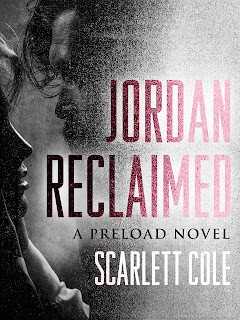 Jordan Steele’s life began when he was ten. When he was taken from his parents and a house that was never a home. When he met his brothers, the other lost and abandoned boys in his group home. When he learned what friendship and family and love looked like.
Now he’s made good, touring the world with the band he and his brothers formed in that crowded group home. No one but his found family really knows the man under the fame and fortune, the scars he hides behind the rockstar lifestyle. Until he sees her through the windows of the National Ballet, dancing, and suddenly the world doesn’t seem so dark.
Aleksandra Artemov ticks all the ballet boxes. Father a legendary Kirov dancer. Check. Prepping since birth for classical ballet. Check. Compulsive control over the food she eats. Check. Principal dancer at The National Ballet of Canada. Check. But what she craves is freedom.
She craves Jordan.
Everything about him should terrify her. His size, his tattoos, his edge. But he doesn’t. He stirs her very soul. Jordan has nothing but himself to offer her, and he's never been good enough for anyone. Can he figure out how to face his own demons before he loses his light for good? 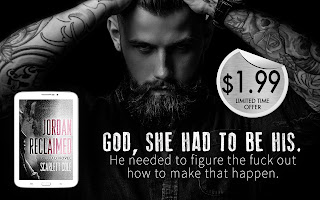 “I think it would be fair to say that I haven’t had a welcome home like that before either,” Jordan said. He pressed his lips to her forehead and wrapped his arms around her shoulders.
A part of her knew she should be embarrassed by the way Jordan manhandled her on the street. Lord knew that if her father had seen it, he would be in a state of apoplexy. But she didn’t have it in her to care. It was the most perfect reunion. She’d worn her favorite cream wool dress, cinched with a brown leather belt, but underneath it she was wearing new underwear from Victoria’s Secret in the hope that he might take her back to his place later. It was forward, she knew, but the last nine days of talking to the deeply thoughtful, and unintentionally sullen, man who currently had his body pressed up against hers had her all wound up.
Jordan’s brow furrowed as he studied her, like he was checking her over for injury.
“Do you ever really smile?” she asked. “Because I think I saw the glimmer of a smile when we went on our first date.”
“I do occasionally,” he replied gruffly
“If I kiss you again, will you smile for me?”
Jordan leaned forward and placed his lips right next to her ear. “If you kiss me again, I might just end up taking you standing up against this pillar. So I strongly suggest you take that pretty little ass of yours inside before I change my mind and do it anyway.”
Lexi shivered as his breath whispered across her skin and his words made her ache in the places that longed for his touch.
He reached for her hand and carefully peeled off her glove. Silently, he folded it and tucked it into her pocket. Then he repeated the process with her other hand.
She swallowed as he took her hand, scrambling to regain her control. They needed small talk, something less . . . flammable. “Are you looking forward to going inside?” she asked. It had been yearssince she’d visited the AGO, and when he’d asked her where she’d like to go, it was the first place she’d thought of.
“Yeah, I am,” he said, leading her in through the double doors. He leaned his head toward her again. “I’m really hoping that looking at stuffy old paintings and relics will help kill the boner you just gave me.”

"I thought that nothing could compete with the love I had for “The Strongest Steel” written by this author but I was so wrong! “Jordan Reclaimed” is just as amazing and magical!" —Elena's Book Blog

"And as with any other Scarlett Cole story, she manages to incorporate humor and good lord the sex scenes are hot enough to melt your kindle. The woman knows how to pull everything together so perfectly. Heartache, Love, Sexy Times, and Laughter, what more do you need?" —Tanya (I <3 books="" i="">

"Once again Scarlett Cole's beautiful and poignant writing has seduced my mind and filled my heart with a wide range of emotions. This book is best savored slowly. The intriguing and well-paced plot kept me on my toes and the interesting and multi-layered characters made me fall madly and deeply in love with them." —Selma (Goodreads) 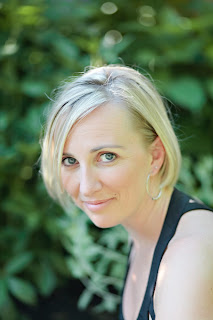 About Scarlett Cole
The tattoo across my right hip says it all really. A Life Less Ordinary. Inked by the amazingly talented Luke Wessman at the Wooster Street Social Club (a.k.a. New York Ink). Why is it important? Well, it sums up my view on life. That we should all aspire to live a life that is less boring, less predictable. Be bold, and do something amazing. I’ve made some crazy choices. I’ve been a car maker, a consultant, and even a senior executive at a large retailer running strategy. Born in England, spent time in the U.S. and Japan, before ending up in Canada were I met my own, personal hero – all six and a half feet of him. Both of us are scorpios! Yeah, I know! Should have checked the astrological signs earlier, but somehow it works for us. We have two amazing kids, who I either could never part with or could easily be convinced to sell on e-bay.
I’ve wanted to be a writer for a really long time. Check through my office cupboards or my computer and you’ll find half written stories and character descriptions everywhere. Now I'm getting the chance to follow that dream. 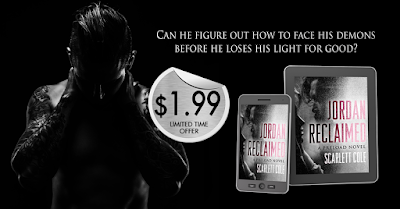