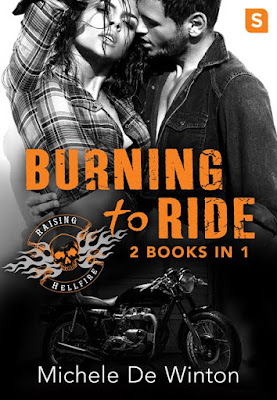 Description
Welcome to the gritty biker world of the Raising Hellfire MC series where these L.A. bikers drink hard, drive fast, and dig deep for love.

"De Winton brings the sass and the smexy as Cole and Briony burn up the sheets in this must read biker romance." — USA Today bestselling author Amy Andrews

This sexy 2-in-1 set features Burned by Lust and Burned by Blackmail – previously released as individual titles.

In Burned by Lust, Biker, Hard Corban, is set to take over the Raising Hellfire MC and doesn’t have love on his agenda. But Lee Delevinge, a raven-haired burlesque dancer running from her past, is set on burning up his heart. When their fling takes a serious turn, could they have the relationship they both crave?

In Burned by Blackmail, Briony Wilde is desperate to save her biker bar from a millionaire developer. When Cole Knight walks into her bar, all green eyes and sharp suit, she allows herself a little distraction, only to find he’s behind the development that threatens everything she holds dear. Solution? Blackmail him into an engagement. Obviously. After such a shaky start, could their relationship have any chance of changing from a forced arrangement to something real?

Author Bio
Being a writer was not what Michele was supposed to be when she ‘grew up’. But then neither was being a dancer! It’s no wonder a little sparkle of the stage is often in her work. Living in in New Zealand with her husband and two small boys after traveling a plenty, she writes from an office where the sound of the tapping keyboard is the only distraction. Okay, that’s a lie. Those boys are noisy, and busy, and into everything, but then, what boys ain't She finds wine very useful for tempering reality, and chocolate helps too, especially when it’s mixed with alcohol.

Michele likes her heroines smart and sassy. Girls can do anything right? But the heroes have to be a match as well, so you can count on men who know just how to make a woman melt. And she always kisses and tells. Come distract her on Twitter (@MicheledeWinton), Facebook or on her website. 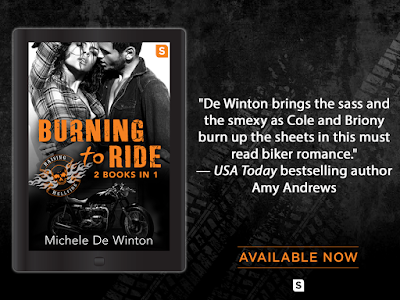 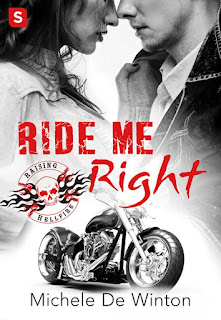 Description:
Bike mechanic Lucy Black is running out of luck. With an attitude louder than a Harley engine, her mouth is always getting her in trouble and she’s been fired, again. Desperate for money to send home to support her kid sister, Lucy takes a housekeeping job at Wilde Hotel, the adopted home of the Raising Hellfire MC. After a steamy moonlit encounter with a dark stranger, Lucy is horrified to find out he’s her new boss so she’s more determined than ever to make her hotel stay brief.

Jake “The Iceman” Slade is drowning in guilt and can’t give himself a break. A tragic accident on set made him step away from his job as a real life action hero in the film lots of Hollywood. Now he’s reluctantly agreed to run his half-sister’s hotel, Wilde’s, while she’s away, trying to keep it—and himself—from going under. Lucy is the kind of trouble he can’t afford, but can’t seem to resist. But with an equally troubled past, will Lucy be the fire to melt his frozen heart?

Ride Me Right is a sexy, emotionally intense read that will take readers on the ride of their lives. 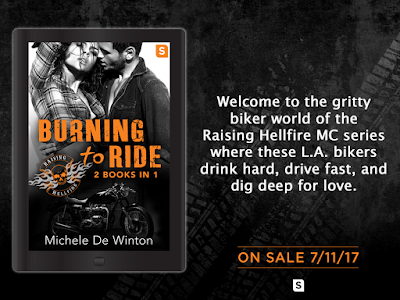