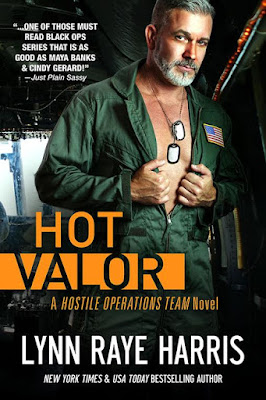 Colonel John "Viper" Mendez searches for a ghost from his past... and when he finds her, nothing will be the same!

Katya had dropped her backpack and fished out guns and ammunition. She was currently checking her weapons. She looked up at him, one delicate eyebrow arching. Her beauty was a grenade to his brain. A lightning rod to his cock. He wanted to fuck her and it pissed him off. He’d been with her less than eight hours and he wanted to strip her naked and make her scream his name.
He hadn’t had sex in months now, not since he’d broken it off with Sam. He wasn’t the kind of man who could walk into a bar and pick up a woman for a night of casual sex. At his rank, and with his job, it wasn’t wise. Foreign governments sent spies for just such occasions. Seduce the commanders, get information. Happened all the time, even though it seemed like a plot out of a bad spy movie. He’d seen it more than once. Idiots who should know better had their heads turned by free pussy—and lost their careers over it.
Therefore, he did not fuck around lightly. Even when the sexual drought took its toll and he was so sick to death of his hand he couldn’t even work up the enthusiasm to jerk himself off.
“Where did you find this place?” Katya asked.
He dragged his brain back from the brink of a full-blown waking fantasy. He’d been about to undress her and see if she tasted as hot as she looked. See if she had a fucking scar on her left thigh. He still wasn’t convinced that she didn’t.
Safer for her if she didn’t. Safer for him, too. Because he’d go fucking ballistic if she had that scar. If she was Valentina instead of an identical twin. He couldn’t even imagine what kind of person she’d have to be to lie for twenty-one years. To let him think she was dead and buried.
“We’re safe here, don’t worry,” he said roughly.
“That’s what I thought at the other place. Turns out it wasn’t true.”
“We won’t be here long.”
She shot him a questioning look. “Really? Where are we going?”
“You’ll know when we get there.”