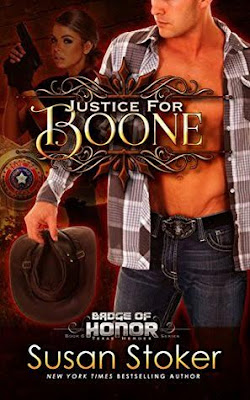 Sheriff's Deputy Hayden Yates has worked hard to gain the respect and admiration of her fellow law enforcement officers. She's succeeded so well, in fact, that she's become just one of the guys. As her friends slowly begin to meet their soul mates, Hayden longs to be seen as a desirable woman, and not the tomboy she's always been.

No slouch when it comes to attracting the opposite sex, cowboy Boone Hatcher might want to give it a rest for a while, especially after his last girlfriend accuses him of domestic abuse. Deputy Yates sees right through his ex's ruse—and Boone sees right through Deputy Yates. Hayden might seem all business, but her need for justice comes from a heart that beats with pure passion.

A few dates turn into something more, and as the couple's relationship deepens, so do the threats from his ex. It's up to Hayden to convince Boone the danger is real…before jealous antics escalate to deadly obsession.

** Justice for Boone is the 6th book in the Badge of Honor: Texas Heroes Series. Each book is a stand-alone, with no cliffhanger endings. 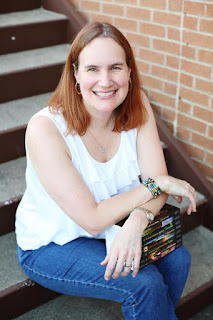 New York Times, USA Today, and Wall Street Journal Bestselling Author, Susan Stoker has a heart as big as the state of Texas where she lives, but this all American girl has also spent the last fourteen years living in Missouri, California, Colorado, and Indiana. She's married to a retired Army man who now gets to follow her around the country.

She debuted her first series in 2014 and quickly followed that up with the SEAL of Protection Series, which solidified her love of writing and creating stories readers can get lost in.

Posted by mslizalou at Wednesday, September 21, 2016