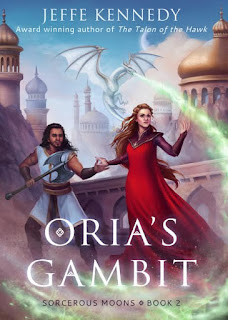 A Play For Power
Princess Oria has one chance to keep her word and stop her brother’s reign of terror: She must become queen. All she has to do is marry first. And marry Lonen, the barbarian king who defeated her city bare weeks ago, who can never join her in a marriage of minds, who can never even touch her—no matter how badly she wants him to.

A Fragile Bond
To rule is to suffer, but Lonen never thought his marriage would become a torment. Still, he’s a resourceful man. He can play the brute conqueror for Oria’s faceless officials and bide his time with his wife. And as he coaxes secrets from Oria, he may yet change their fate…

An Impossible Demand
With deception layering on deception, Lonen and Oria must claim the throne and brazen out the doubters. Failure means death— for them and their people.

But success might mean an alliance powerful beyond imagining... 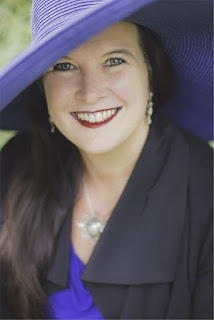 Jeffe Kennedy is an award-winning author whose works include non-fiction, poetry, short fiction, and novels. She has been a Ucross Foundation Fellow, received the Wyoming Arts Council Fellowship for Poetry, and was awarded a Frank Nelson Doubleday Memorial Award. Her essays have appeared in many publications, including Redbook.

Jeffe can be found online at her website: JeffeKennedy.com, every Sunday at the popular SFF Seven blog, on Facebook, on Goodreads and pretty much constantly on Twitter @jeffekennedy. She is represented by Connor Goldsmith of Fuse Literary.

Thanks for hosting this!! All the kisses, Ms. Liza Lou :-)