Not Quite Forever Blog Tour 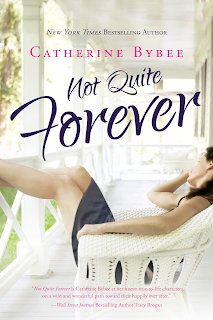 The touching and heartwarming fourth novel in the wildly popular Not Quite series from New York Times bestselling author Catherine Bybee.

Romance author Dakota Laurens believes that happily-ever-afters exist only between the covers of her sexy novels. But to her surprise, she finds a real-life hero when she meets a handsome emergency room doctor. The outspoken author feels an instant and intense attraction to Dr. Walt Eddy, and the feeling is mutual. When the globetrotting doctor pulls a disappearing act on Dakota, she’s prepared to write him off…until fate brings a blindsiding twist to her story.

Still scarred from a past tragedy, Walt may have disappeared on Dakota, but now he’s determined to win her back. For the first time in years, he knows he’s ready for a new chance at love. Yet between Dakota’s doubts and two sets of meddling parents, can the once-blissful couple finally create the bright, loving future they desperately want?

PRAISE FOR NOT QUITE FOREVER

“Bybee’s magnetic fourth Not Quite contemporary proves that romance can happen in the most unlikely places... The love scenes are sizzling and the multi-dimensional characters make this a page-turner. Readers will look for earlier installments and eagerly anticipate new ones.”
–Publishers Weekly

"Not Quite Forever is Catherine Bybee at her finest: true-to-life characters on a wild and wonderful path toward their happily ever after."
–Wall Street Journal Bestselling Author Tracy Brogan 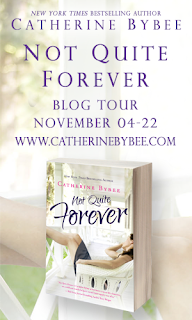 “You find this amusing Miss…”

Her eyes met his and she leaned over the table, planting both hands firmly in place. “Laurens. And yeah, I do.”

The blonde rapped her knuckles on her friends arm. “Dakota!”

Dakota…snazzy, a landmark more than a name…a beautiful woman full of life. Yeah, the name suited her.

“Maybe we should move to another room.” The blonde was in a much more agreeable state than Miss Laurens.

Walt envisioned the women standing in line, knew without a doubt Dakota was right.

In any other situation, Walt would have simply smiled and left the room, but something about Dakota Laurens sparked inside and made him want to get under her skin. Something made him want her to stop laughing and to take notice…of him.

Robert turned away from them when the phone in his hand buzzed and he talked in hushed tones.

“You’re part of the romance convention?” Walt asked, already knowing she was.

Dakota removed a stack of papers from her bag and tapped the edges together to align them. “You say romance convention as if it’s a disease, Dr…Eddy is it?”

“Walt. And I didn’t know they had conventions based on bodice-ripping novels.”

The blonde’s agreeable grin slid and Dakota blew out a sigh. Her lips kept her snarky grin, but Walt knew his words dug deep. His own mother wore that look whenever his father said something just to piss Mom off.

“What are you presenting today, Dr. Eddy?” Dakota stood tall, her shoulders back with a chin out in defiance.

“I’m sharing the art of improvising medical tools and equipment when all you have is dental floss and a toothpick. What about you?”

Her eyes would be classified as brown, but damn they looked nearly black when she was ticked. And although Walt didn’t know her well… he knew enough to know she didn’t look happy. In a second, those eyes took on a softer shade, almost liquid chocolate mixed with honey. A wicked smile tilted one side of her lips.

Walt had to remind himself not to lick his own in response.

“The art of crafting a gratifying sexual love scene.”

Walt did lick his lips…blinked twice, and drew his brows together. “Excuse me?” He pulled on his collar, knew the room wasn’t warm.

Dakota leaned a hip against the table that separated them and leaned in just enough for him to see the depth of her cleavage.

“I write bodice rippers as you so eloquently labeled them, Dr. Eddy. Safe to say there are a couple of satisfying ripping of bodices in them…don’t you think?” 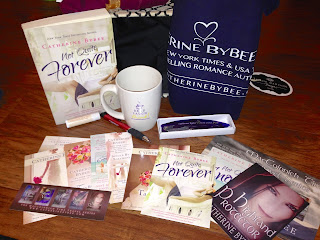 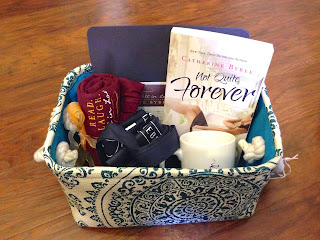 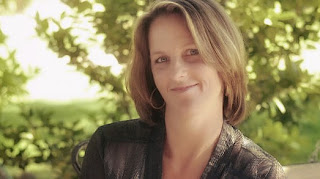 BIO:
New York Times & USA Today bestselling author Catherine Bybee was raised in Washington State, but after graduating high school, she moved to Southern California in hopes of becoming a movie star. After growing bored with waiting tables, she returned to school and became a registered nurse, spending most of her career in urban emergency rooms. She now writes full-time and has penned the Weekday Brides Series and the Not Quite Series. Bybee lives with her husband and two teenage sons in Southern California.