THE SHIFT OF THE TIDE RELEASE DAY SPOTLIGHT 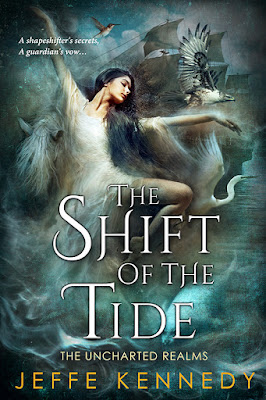 A QUICKSILVER HEART
Released from the grip of a tyrant, the Twelve Kingdoms have thrown all that touch them into chaos. As the borders open, new enemies emerge to vie for their hard-won power—and old deceptions crumble under the strain…

The most talented shapeshifter of her generation, Zynda has one love in her life: freedom. The open air above her, the water before her, the sun on her skin or wings or fur—their sensual glories more than make up for her loneliness. She serves the High Queen’s company well, but she can’t trust her allies with her secrets, or the secrets of her people. Best that she should keep her distance, alone.

Except wherever she escapes, Marskal, the Queen’s quiet lieutenant, seems to find her. Solid, stubborn, and disciplined, he’s no more fluid than rock. Yet he knows what she likes, what thrills and unnerves her, when she’s hiding something. His lithe warrior’s body promises pleasure she has gone too long without. But no matter how careful, how tender, how incendiary he is, only Zynda can know the sacrifice she must make for her people’s future—and the time is drawing near… 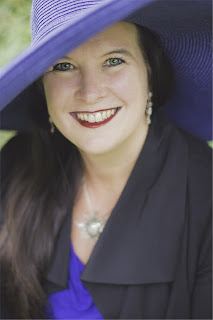 Her award-winning fantasy romance trilogy The Twelve Kingdoms hit the shelves starting in May 2014. Book 1, The Mark of the Tala, received a starred Library Journal review and was nominated for the RT Book of the Year while the sequel, The Tears of the Rose received a Top Pick Gold and was nominated for the RT Reviewers’ Choice Best Fantasy Romance of 2014. The third book, The Talon of the Hawk, won the RT Reviewers’ Choice Best Fantasy Romance of 2015. Two more books followed in this world, beginning the spin-off series The Uncharted Realms. Book one in that series, The Pages of the Mind, has also been nominated for the RT Reviewer’s Choice Best Fantasy Romance of 2016 and is a finalist for RWA’s RITA Award. The second book, The Edge of the Blade, released December 27, 2016, and is a PRISM finalist, along with The Pages of the Mind. The next in the series, The Shift of the Tide, will be out in August, 2017. A high fantasy trilogy taking place in The Twelve Kingdoms world is forthcoming from Rebel Base books in 2018.

In 2019, St. Martins Press will release the first book in a new fantasy romance series, Throne of Flowers.

The Shift of the Tide
Excerpt