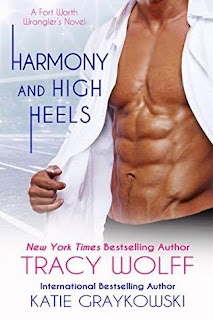 Blurb:
From New York Times Bestselling author Tracy Wolff and International Bestselling author Katie Graykowski comes a sizzling tale of heartbreak, Harley-Davidsons and high heels …
Harmony Wright is a bad girl living a good girl’s life. From the time she was born, she’s always been the good twin. The ladylike twin. The twin her high society (or at least as high society as you can get in San Angelo, TX) mom likes to parade in front of all her garden club friends. She’s gone along with it, too—wearing pearls and Chanel when ripped jeans and motorcycle boots are more her speed. But when Harmony takes off for an extended visit with her twin sister, Lyric, she leaves her good girl persona in the dust …
Dalton Mane knows what it is to be bad and he’s more than ready for the peace that comes with living the good life. Once the crown prince of a powerful biker gang, Bastards of Hell, he walked away from it all when tragedy struck. Now the general manager of the Fort Worth Wranglers, he spends his time wheeling and dealing in the sports world and all while keeping an entire team of football players in line.
When Harmony crashes into Dalton, his tidy little life is over. Will he give up everything to keep Harmony out of trouble?
Add to Goodreads
Buy on Amazon 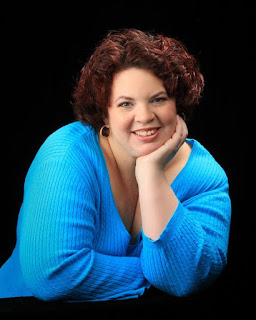 Tracy Wolff collects books, English degrees and lipsticks and has been known to forget where—and sometimes who—she is when immersed in a great novel. At six she wrote her first short story—something with a rainbow and a prince—and at seven she forayed into the wonderful world of girls lit with her first Judy Blume novel. By ten she’d read everything in the young adult and classics sections of her local bookstore, so in desperation her mom started her on romance novels. And from the first page of the first book, Tracy knew she’d found her life-long love. Now an English professor at her local community college, she writes romances that run the gamut from contemporary to paranormal to erotic suspense.

And for all of those who want the unedited version:
Tracy Wolff lives with four men, teaches writing to local college students and spends as much time as she can manage immersed in worlds of her own creation. Married to the alpha hero of her dreams for twelve years, she is the mother of three young sons who spend most of their time trying to make her as crazy as possible.

You can find Tracy also on Twitter, www.tracywolff.blogspot.com and www.sizzlingpens.blogspot.com. 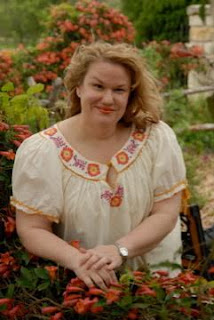 I write romantic comedy with lots of heart. I like scuba diving, Mexican food, chocolate cream cheese frosting, movies where lots of stuff gets blown up, and sparkly things. I have a husband, a daughter, and three K-9 kids. I'd love to hear from you. Shoot me an email at katiegraykowski@me.com