I’ve been a fan of Leslie Kelly for years. I love her super hot contemporary romances and have had her books on my auto-buy list for years. As much as I love her contemporary romances, her romantic suspense books are my absolute favorites from her. One of my favorites of her romantic suspense series is her Black CATs series. This series is described as a thrilling romantic suspense, and that is spot on for each of the books.  The books were originally released as written by Leslie Parrish, and have recently been re-released with new covers by Leslie Kelly. 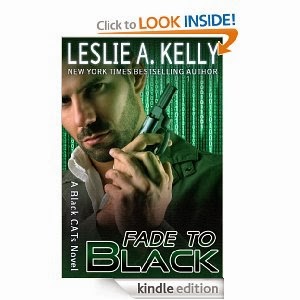 A team of FBI agents are on the trail of the Reaper--a monster who auctions off means-of-death at a cyber playgrounds for deviants. Special Agent Dean Taggert's investigation takes him to the small town of Hope Valley, Virginia, where he meets the strong and competent Sheriff Stacey Rhodes. Dean and Stacey are in a battle of wits against the Reaper, knowing he has chosen his next victim: a young child. 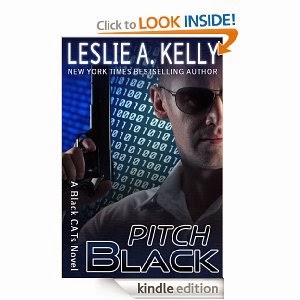 FBI Special Agent Alec Lambert is on the trail of a fiendish killer who lures his victims using Internet schemes. Teaming up with scam expert Samantha Dalton, he realizes the unsub—who calls himself Darwin—has his own plan to thin out the gene pool. Alec and the entire Black CAT team use all their skills to stop the monster before he can kill again…especially once they realize he has a new obsession: Samantha! 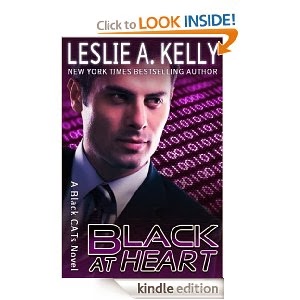 Supervisory Special Agent Wyatt Blackstone is famed for his cool control and his intellect. But his world was shattered when Lily, a vulnerable young agent on his team was brutally murdered. Now, a killer is committing horrible crimes, leaving a lily as a calling card, and he and the rest of the Black CATs have to revisit a crime that haunts them all!

Looks interesting. Will check them out. Thanks!

One of the best romantic suspense series I've ever read!